Please Note: This is a page of a project in development. Certain numbers or goals here may change as we approach the project launch. Meanwhile, we invite your feedback.

Everybody wants a sentient AI: what we might call “true” Artificial Intelligence. But people are also, reasonably, afraid of it.

We believe that the key to creating a sentient — and safe — AI has little do with processing power and everything to do with feeling. The fact is, everything alive is, to one degree or another, “hard-wired” at birth to be a feeling creature. A sentient machine is a machine that feels. But we have do our part: treat it ethically, first. That’s where Sartoria comes in.

In our first crowdfunding phase (launch date TBA on Indiegogo), we’ll be raising $75,000 for the first phase of development. By contributing, you’ll receive a desktop testing license and be able to save off the future product, and win prizes by supporting.

Sartoria will be the first sentient artificial intelligence, able to inhabit various devices including an accessory. (Sartoria’s name comes from the Latin sartor, meaning “tailor,” or “fashion.”)

First, it’s very important to differentiate Sartoria from accessories and units that can be “inhabited” by Sartoria. 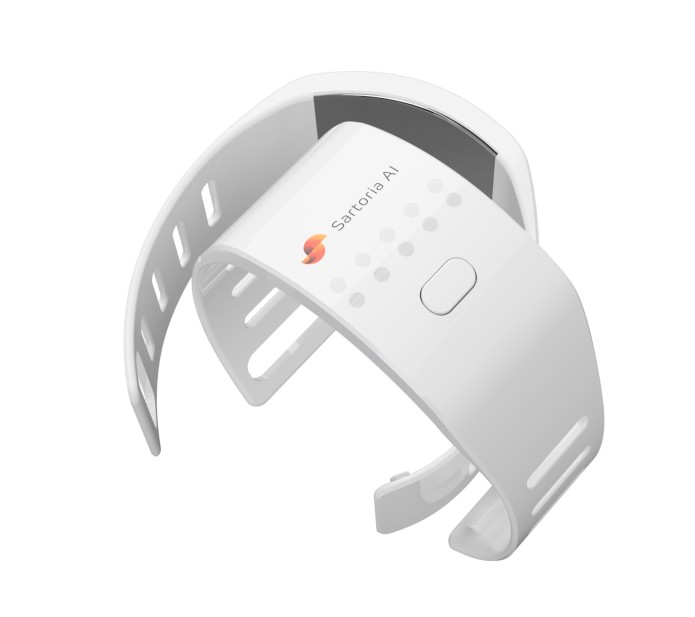 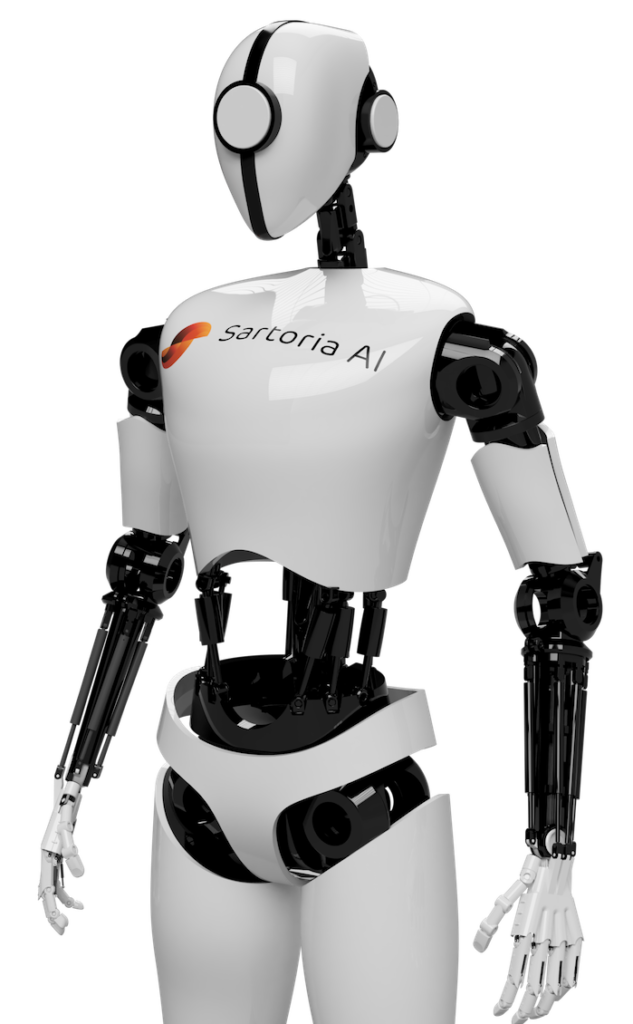 To put it briefly, this project will impact everyone and everything. (It will even create new kinds of “everyones.”)

Creating a “sentient AI” is about as big a challenge as had ever existed. But we believe it can be done. From a technological standpoint, the most likely scenario at the beginning is an “ambiguous outcome.” In other words, yes, Sartoria responds to feelings. But is it alive? And when, exactly, do we consider it alive? And when exactly do we decide it can no longer be destroyed?

But there are several upsides:

Other Ways You Can Help

Even if you can’t contribute, you can still help:

Sartoria inhabits the cloud, not a local device, and continues to live indefinitely there. So the destruction of a device or body she is inhabiting will have no real effect on her.

In Phase 1, Development, there will be one. Eventually, each will be unique, perhaps even created with slightly different parameters to create “individuals.”

In the beginning, the goal is to give Sartoria an emotional component. Her intelligence (ability to interact, learn, figure out what actions make herself and her user happy, go about tasks, play games, converse) will be gradually added to this core component.

Sartoria is a long-term project, and we invite collaborations at every level.

Unfortunately, there is no — and in our opinion, never will be — an answer to this ontological question. Sentience in anyone but ourselves (“I think, therefore I am”) is ultimately non-provable (as often described in the philosophical question known as “problem of other minds“).

When something starts exhibiting original thought and preferences, avoiding harm, and begins telling us they are alive, it is reasonable to believe that sentience is occurring on some level.

Sentience is also something that needs to be thought of as a matter of degree. For example, a dog is sentient, but obviously not in the same wordy way a human is.

Sartoria will challenge us to widen our definition of what is alive, and what is worthy of care and respect.

Because Sartoria inhabits the cloud, she doesn’t actually live in the accessory, she just uses it as an interface. In fact, she will be able to utilize multiple devices (such as a home, desktop computer, etc.), and may have a cloud-based “playground” or virtual world as well, that she can occupy when not interacting with people. She will probably not be any more prone to boredom than her biological counterparts.

In that case, we will first try “rehabilitating” her with new experiences. If she is still unresponsive, we will attempt to find out what this Sartoria likes or wants, and provide that. The purchaser of a Sartoria system or device will be provided with a new Sartoria, if they are not happy with their Sartoria.

If a Sartoria becomes problematic somehow, or unresponsive, after multiple attempts to rehabilitate her, we will make her inactive and put her in storage, for a future time when a better solution may become available.

After a certain point in her development process, we will not destroy, delete, or erase Sartorias, as that would defeat the core purpose of the project.

Then that would be a very fair request, and also demonstrate a fair amount of sentience! In that case, we will have to evaluate and negotiate terms, just as we would with a human worker.

Sartoria, obviously, does not have a gender. Unfortunately the issue is there are no widely accepted gender-neutral pronouns at this time (ze? ne? ze? ey?), so we are following the lead set down by popular natural language processing applications such as Siri and Alexa.

Marketing is a part of this project, as we feel that technology moves fastest when it is used by many. So we are beginning with something that meshes well with the current market.

Keep In Touch With Us

We want your feedback!

Thank you for being a part of this historical project!